Holy shit have I become a slacker. Part of it is my laptop is getting a bit aged, so I never open it. And the iPad interface for blogging is....less than ideal. I have my excuses but what it boils down to is I've been doing a lot of biking, a decent amount of taking pictures, and absolutely no writing about them. Dang.

So, Bike to Work day! May 16! That's like, 2 months ago! Hilariously or ironically, as it fell on a Friday I was actually off work and thus had no reason to bike to work. But there was a bunch of stuff happening around town , so I secured myself a gentleman escort and decided to pub-crawl the free beer available around town. First stop, Ozone bikes. There was free beer, pizza, and schwag - that's about all I needed to hear. 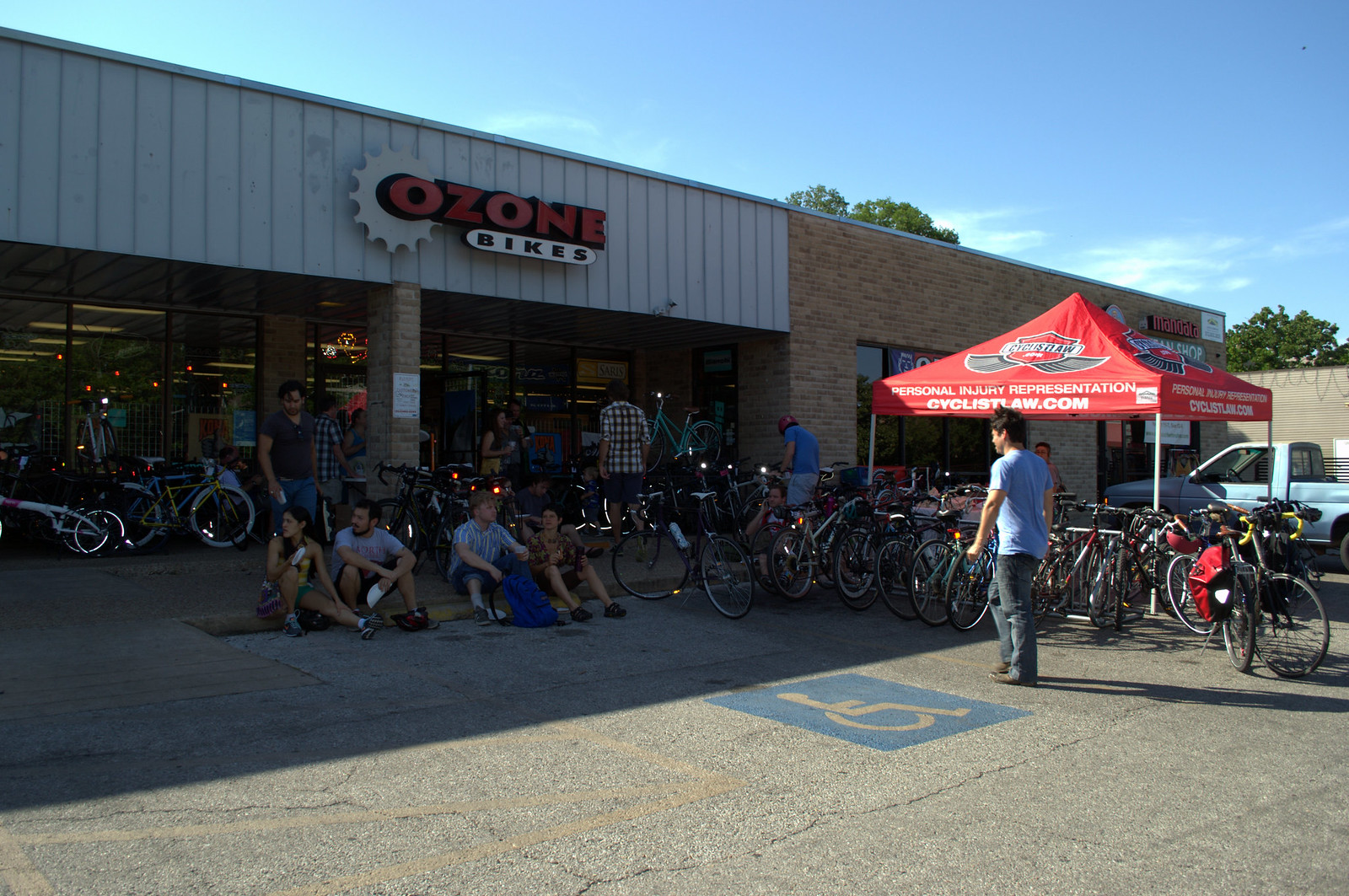 We grabbed multiple beers, some pizza, a shitload of stickers, a bike-shaped bottle opener, a sweet canvas book-bag, and everything else they had available for free. Like I said, I love free stuff.

One of the brilliant things about Austin is we have an awesomely tight-knit community of cycling activists - I can't go to a bike event without running into a few folks I know. Even if not by name, at least by their face or their bike. It means that everywhere feels like home. 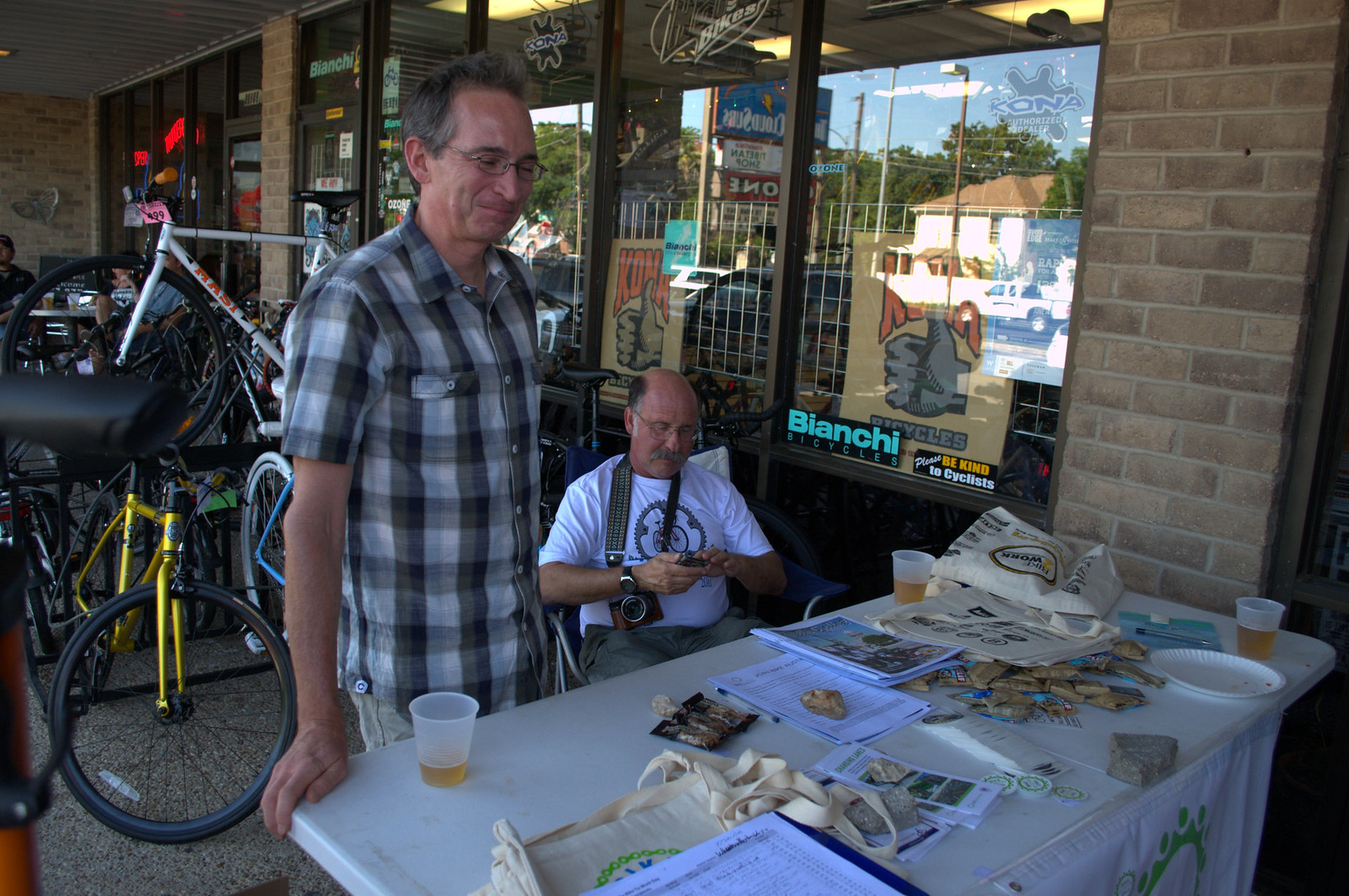 We chilled at Ozone for a bit and with the sun at our backs rode south down Guadalupe towards Bicycle Sport Shop. Why, might you ask? The answer should be obvious - more free beer. 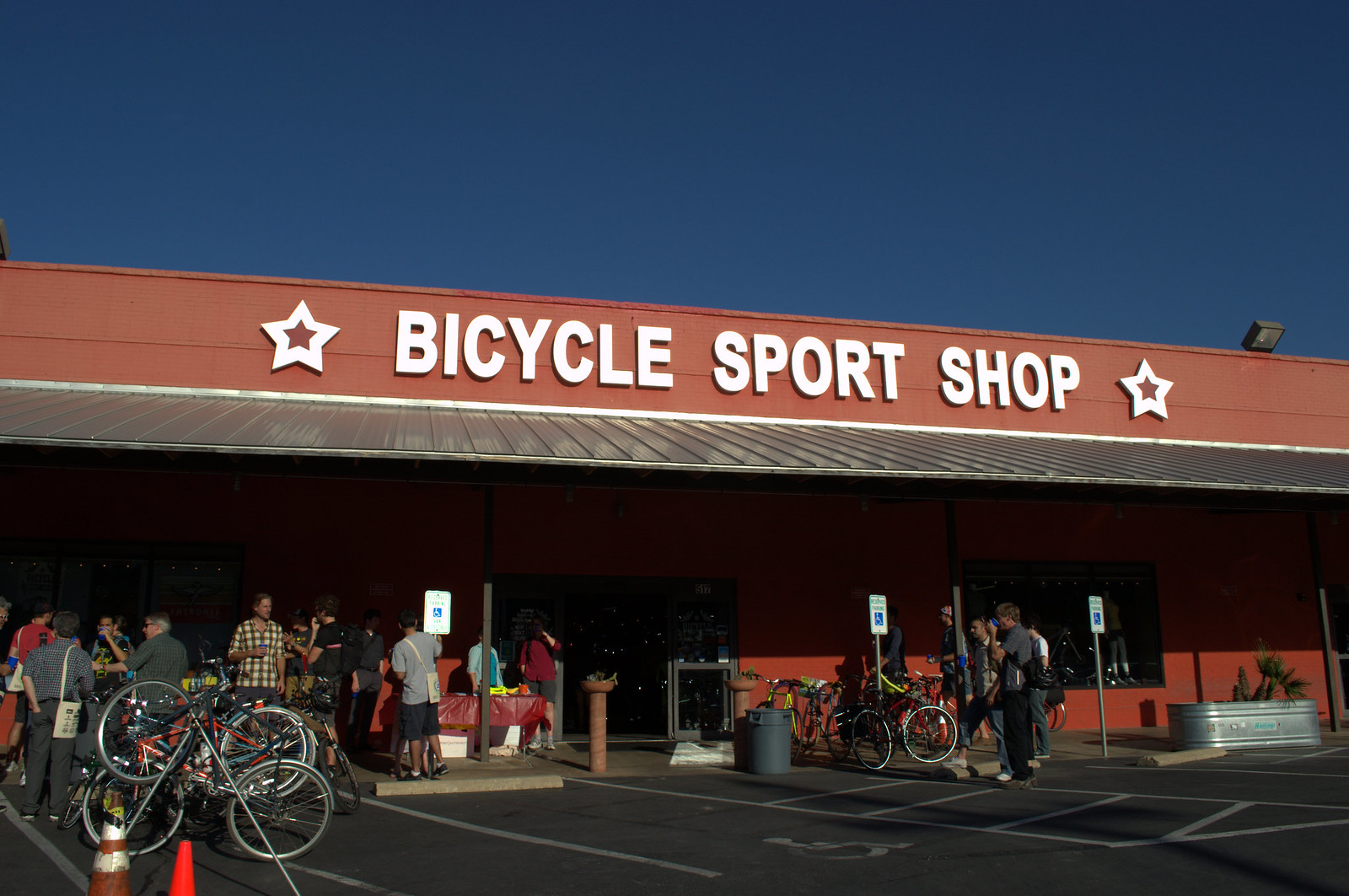 Several of our fabulous local bike groups were our in force - BikeAustin (pictured above) and BikeTexas (pictured below). 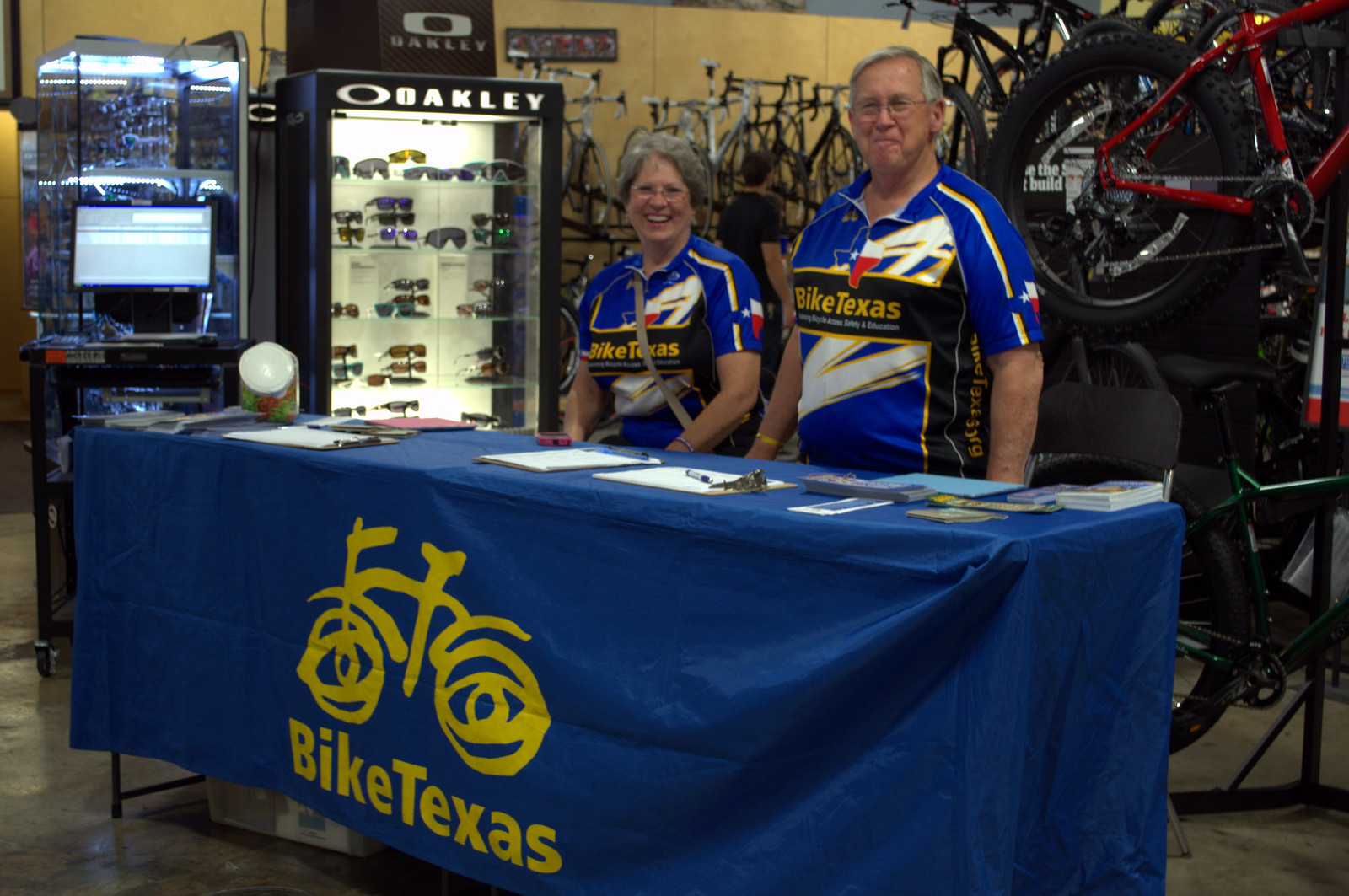 A few friends showed up out of nowhere and together we had....you guessed it. More beer. 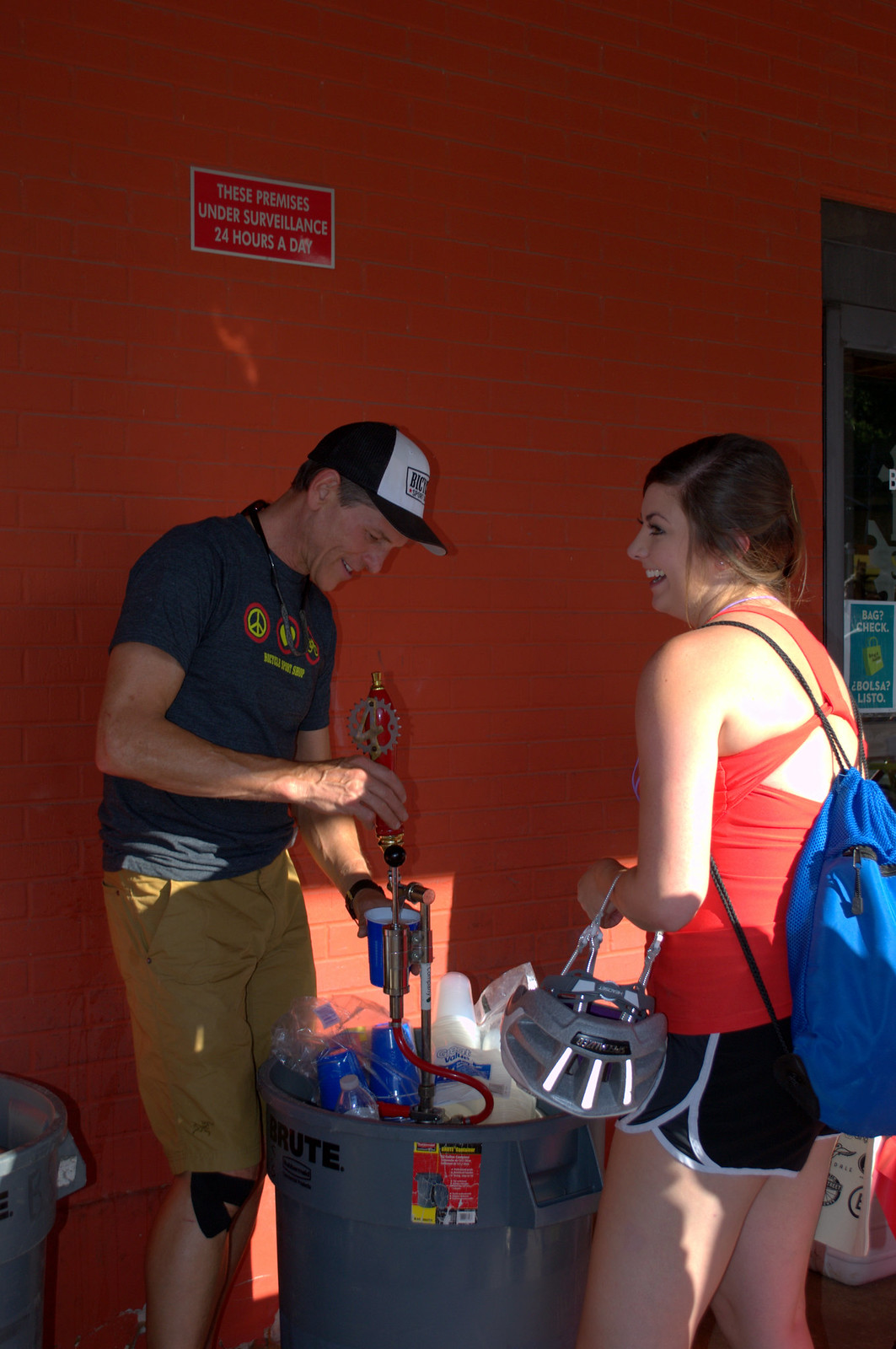 My Bike to Work Day.....did not include a hell of a lot of work. It was also 2 months ago and I should have posted about it way before now. But it sure as hell was a good time.

It's good to be back in the saddle, for all that I haven't had overmuch to say on the topic. But cycling has re-entered my life as an all-the-time thing, especially with regard to how I get to work. The flip came for me when I realized that I have to go to work anyways. And either way I have to wake up at "Insanely Early" o'clock. So if all that is true anyways, I may as well get my ass out of bed and get there by bike.

It's funny, that simple, basic admission is exactly what gets me out of bed. And now that I've been back at it for a while, it's just reflex. I barely remember the "equipment difference," so to speak involved in driving my car to work. Which has the huge benefit that my tank of gas lasts 3 or 4 weeks instead of 2. I can almost justify owning an SUV!

As we move into high summer (holy shit, it's already July) it's time to make the adjustments for the real hot weather. But I've got a good thing going here and I don't intend to stop any time soon. 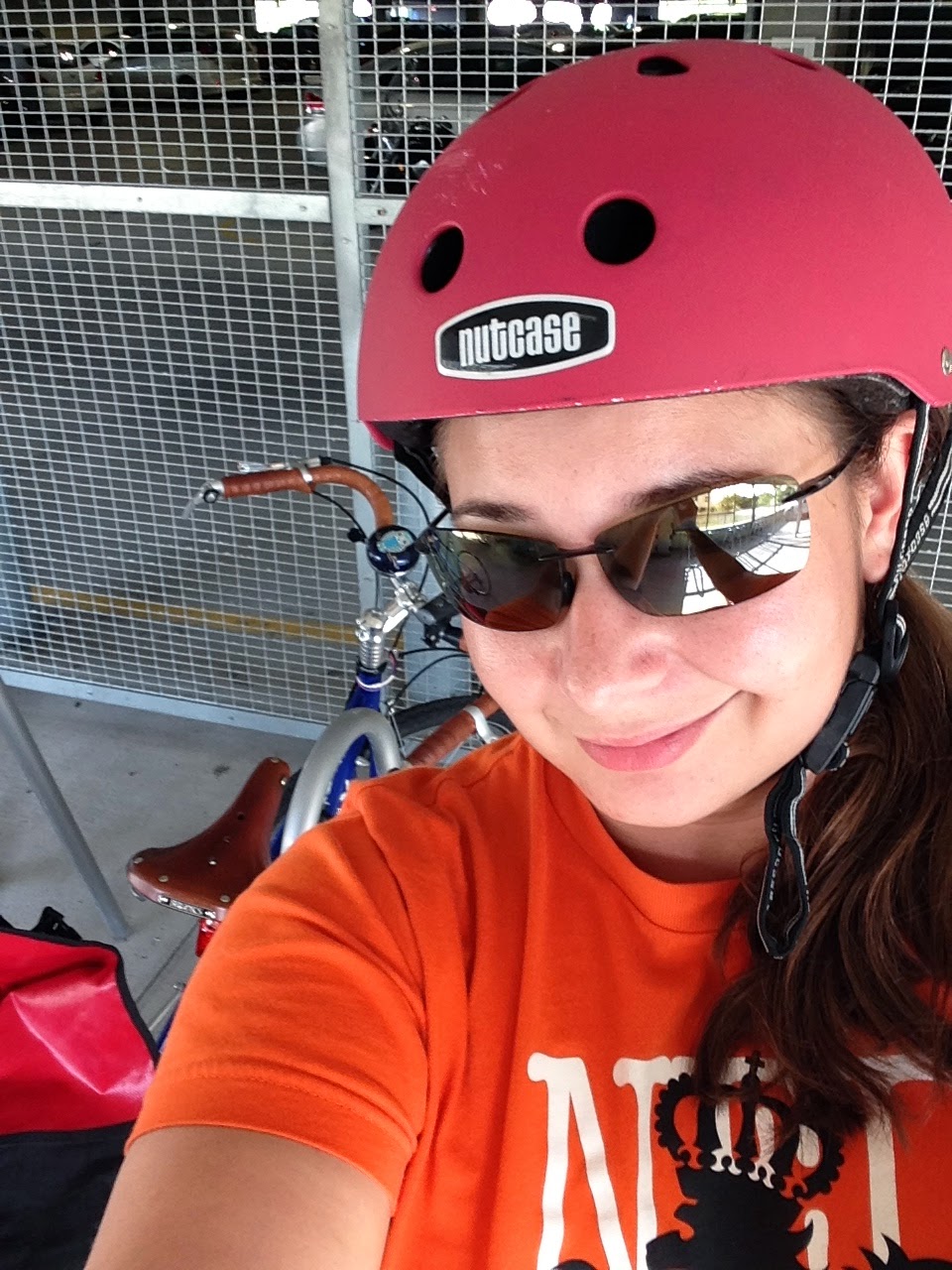 Posted by Unknown at 6:10 PM No comments:

One of the best parts of the TNSR is that the greater cycling universe occasionally shows up. Every week I seem to meet someone brand-new and a lot of times they have something really interesting to say. Sometimes they tell you about stuff that's going on. This time, it was the Bicycle Film Festival!

The festival was held at the Marchesa, a theatre with a lot of potential. But that said, biking to it was interesting because it's in the most out-of-the-way shopping center I've been to in a while, and not terribly well marked. But we knew we'd found the right place when we pulled up and found this: 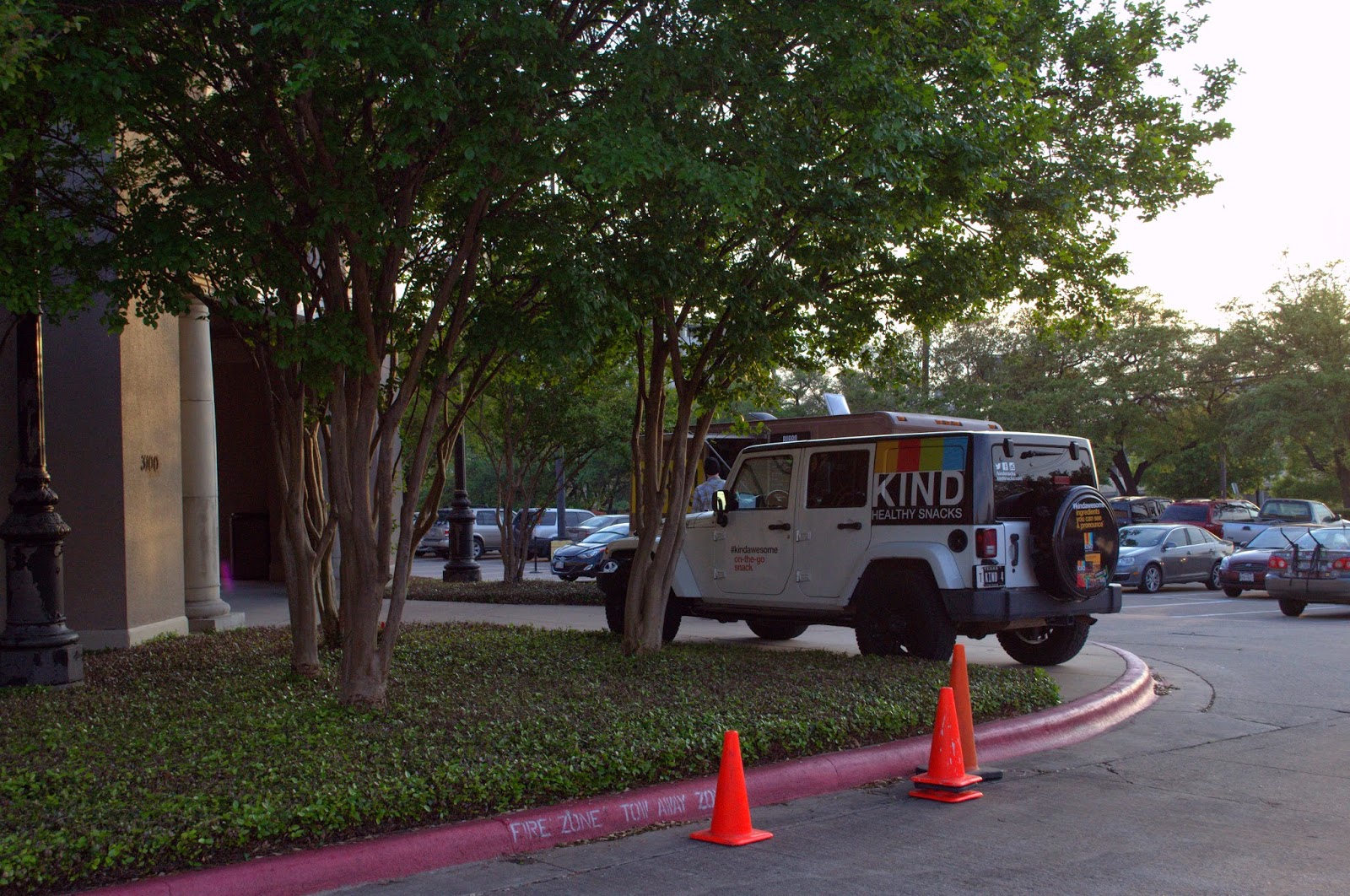 The Marchesa is a small art-house style cinema in an older building, identified only by a filigree M on the outside: 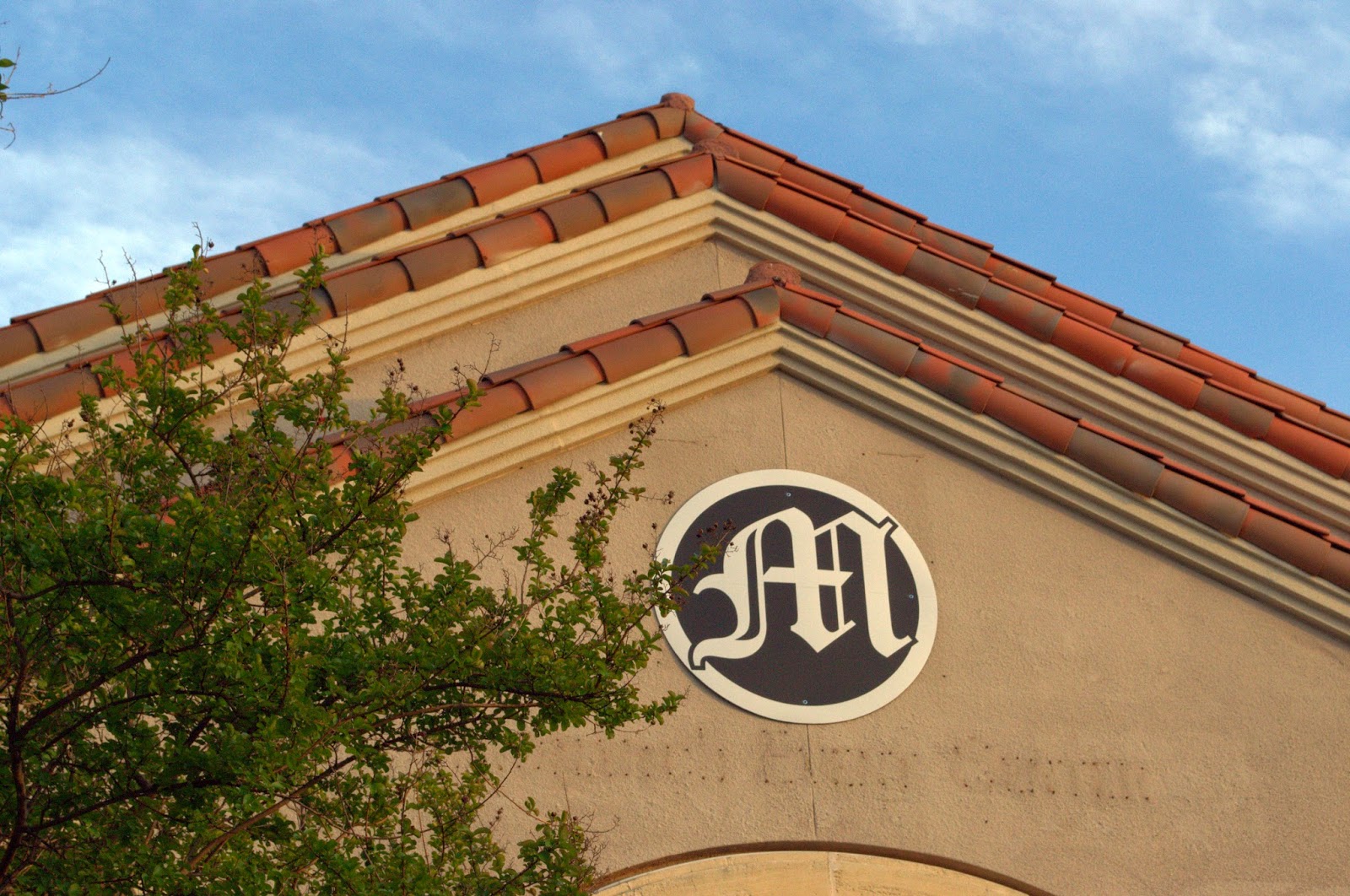 The film festival was sponsored by Kind Snacks, but there were also a couple awesome nonprofit organizations there, including a children's advocacy group that restored this van! While I don't recall their name, if anyone could message it to me I'd like to put a link up for them. 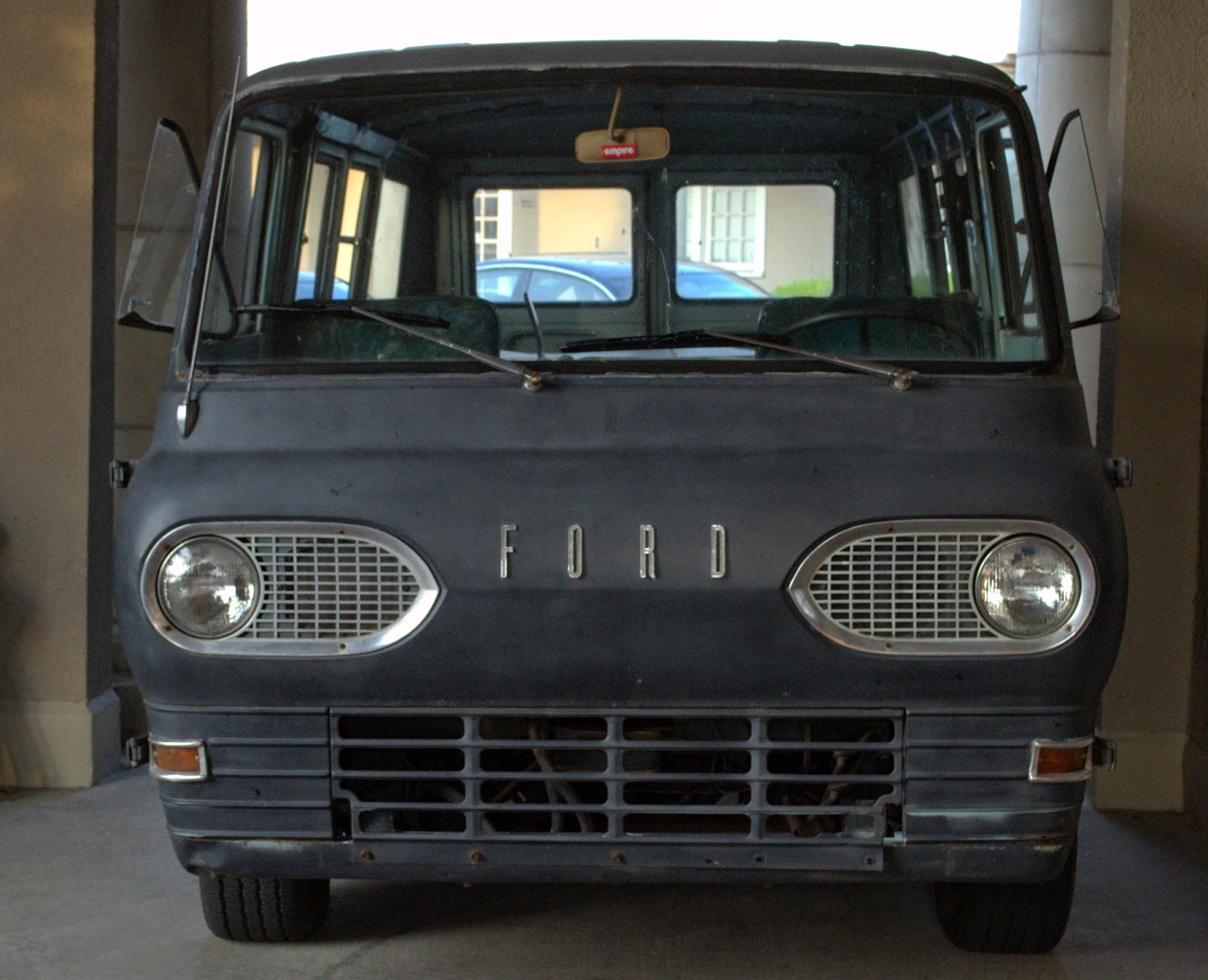 We moseyed inside, where I grabbed a cocktail, and then headed towards the entrance. 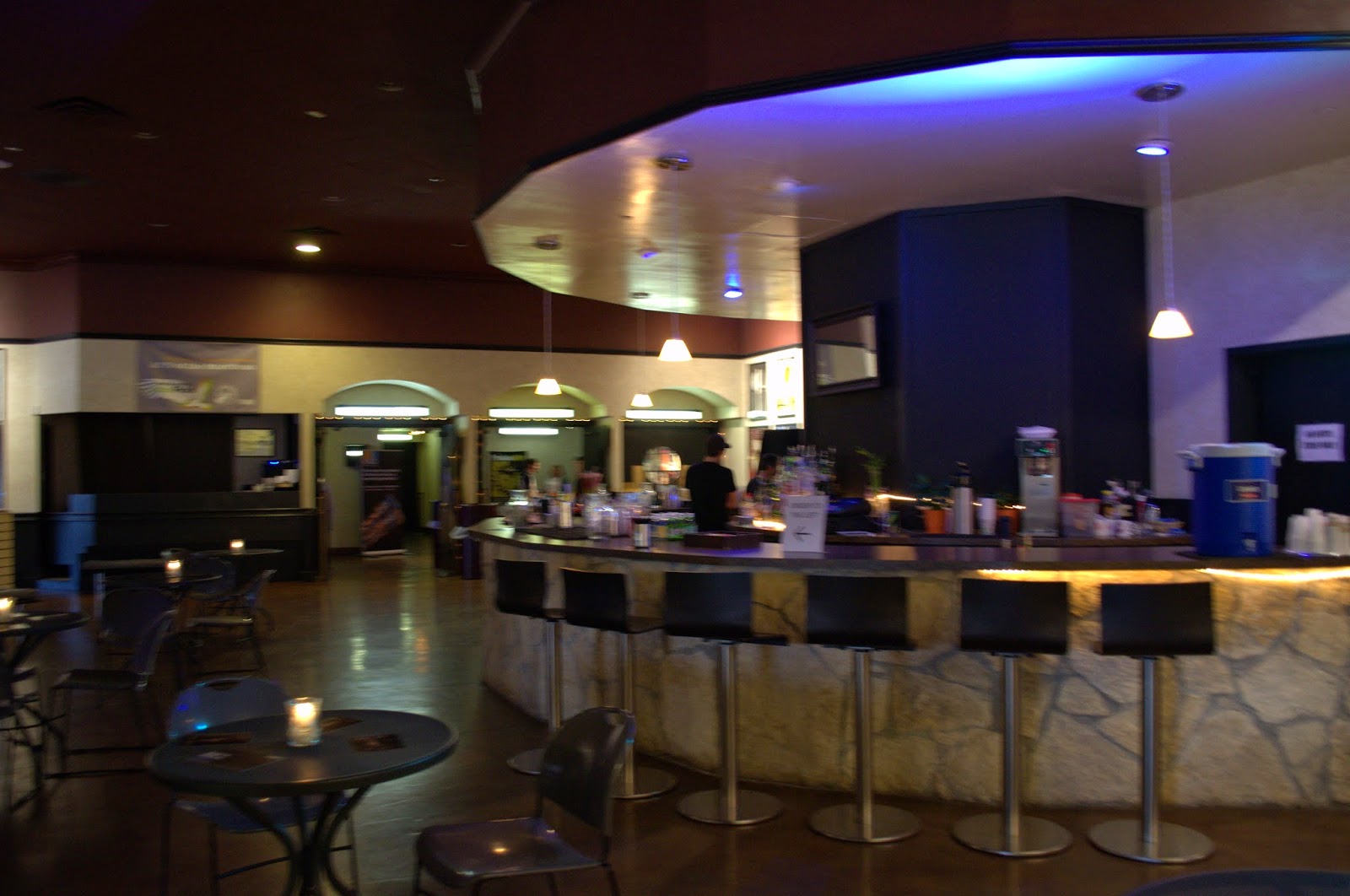 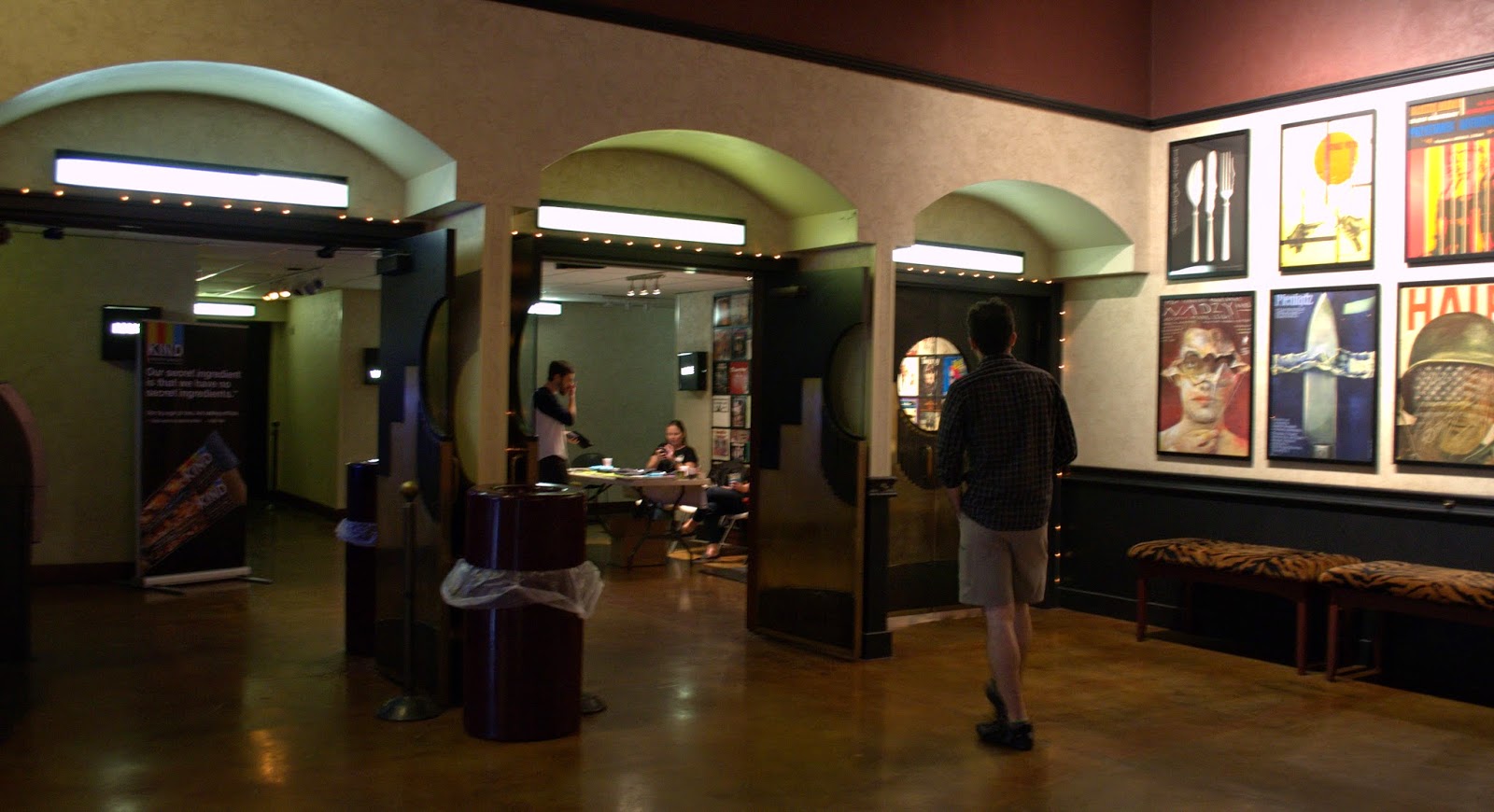 Where we met Frankenbike! I got a sweet pile of calendar/posters so anyone who wants one....hit me up! 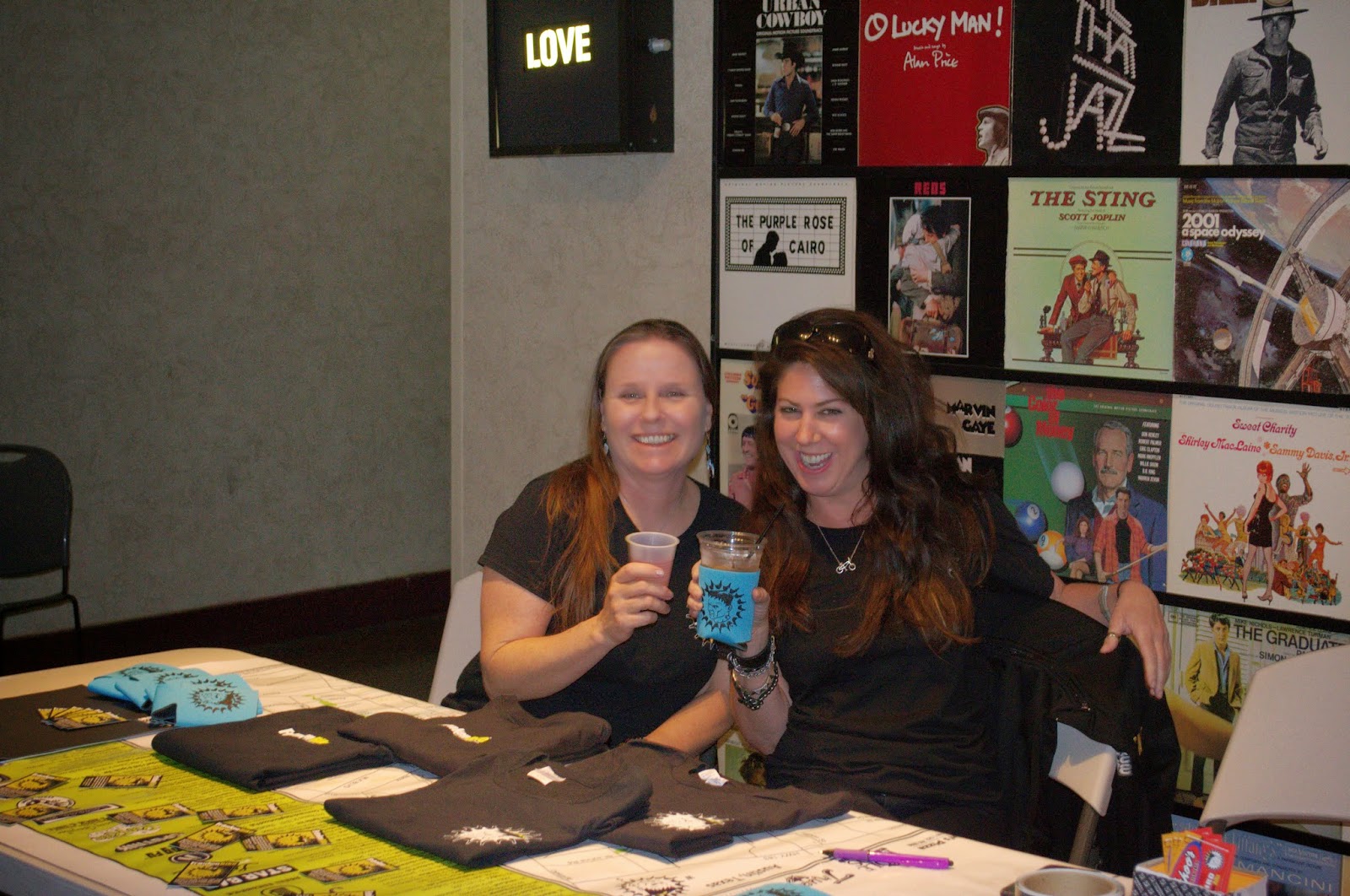 As for the actual films, I saw the second program on Urban biking. If I'm honest, I was a tiny bit disappointed with the subject matter of the films in this program. A couple focused on BMX, which had it's own program. If I wanted to see a film on BMX, I would have paid for the BMX program, now what I mean? One was one the Alleycats done by NYC bike messengers. Lots of weaving in and out of traffic, and all I could think was, "Glorification of this kind of assholery is why people hate cyclists." That subject matter does not really capture the magic of urban cycling and what it does for me personally. When I ride a bike in a city, familiar or novel, I feel that I meet the true heart of a city. It's people, it's roads, it's little back corners. That's what I hoped to find and it was missing in so many of these films. However one, a day in the life of a 65 year old Afghani postal worker, made me sigh as I watched it.

But overall, it was a wonderful experience. I saw old and new friends, and made a few while I was at it. It was a lovely evening out among all the things I love - bikes, warm weather, my beautiful city, and my friends. 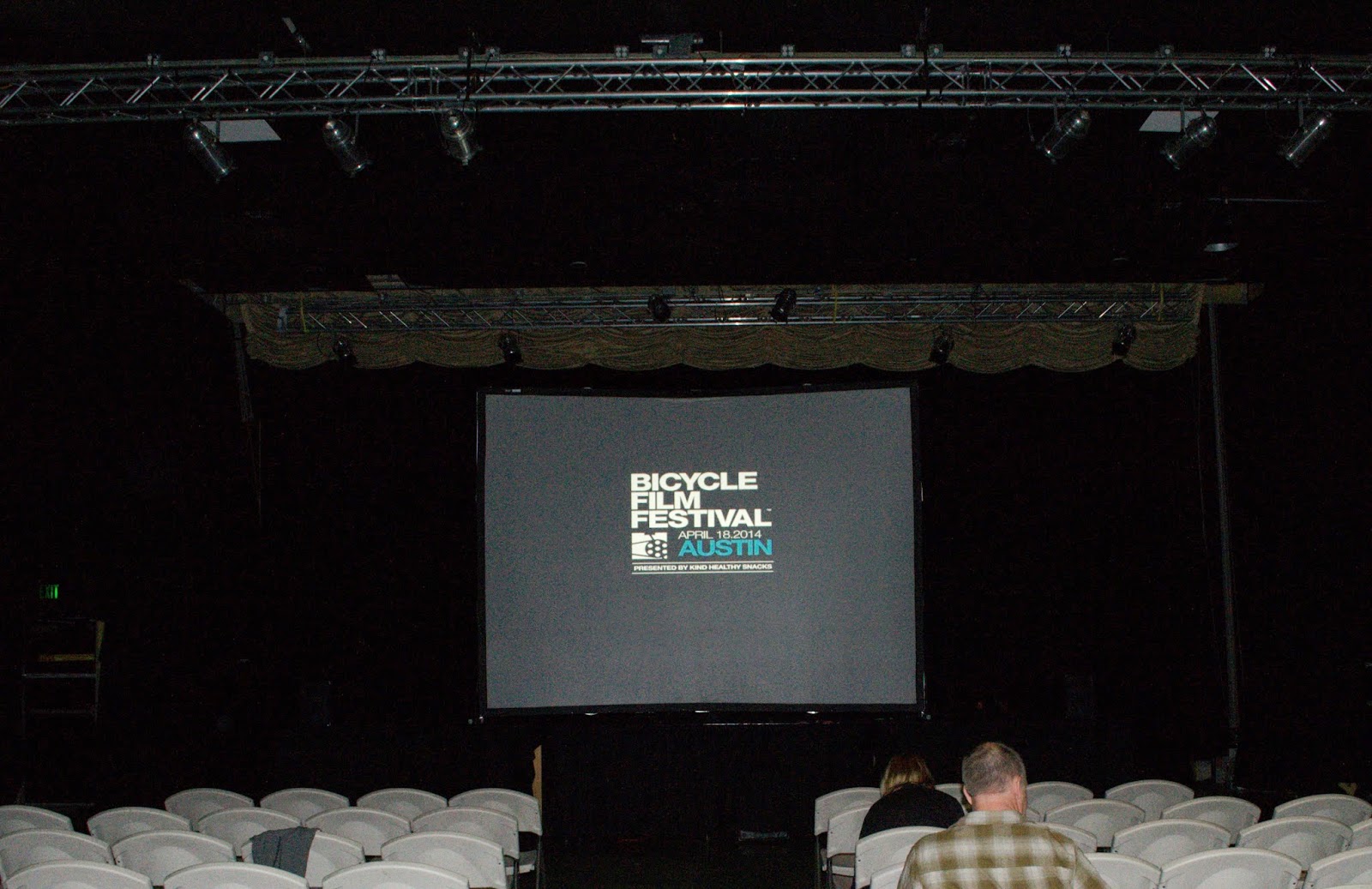 This morning when I awoke at 5:45 am, I heard rain hitting the ground but managed to talk myself out of bed to ride into work. The whole way was pleasant, cool, and actually pretty dry!

A half a mile from work, home free (or so I thought), "Wow!" said I. "That wasn't so bad! It hardly rained on me at all!" As the words came out of my mouth, the sky opened. Complete deluge. So now I sit wrapped in a blankie, waiting for my shoes, jacket, and the rest of me to dry. 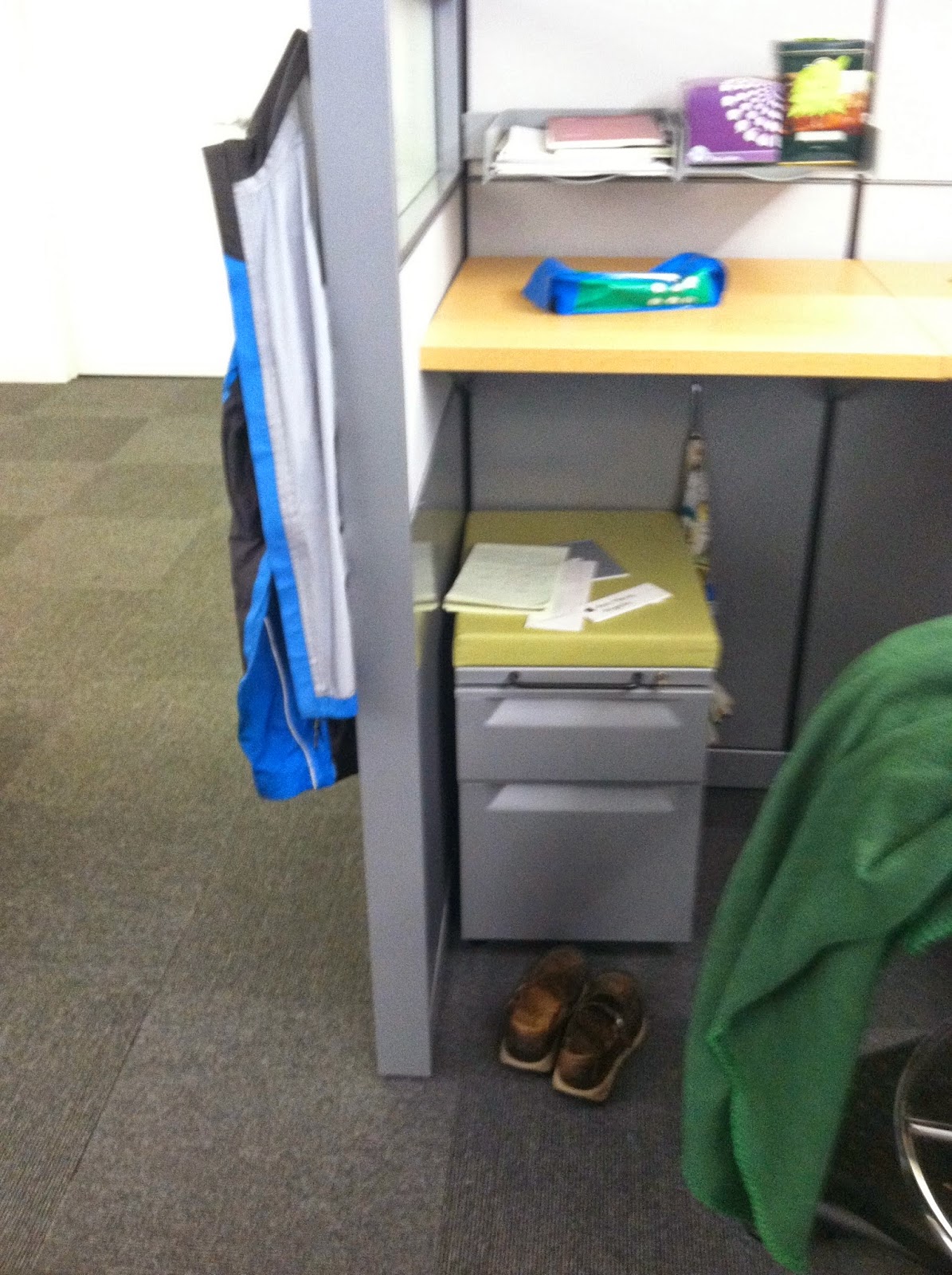 That gibberish at the top is one of my favorite Dutch idioms to whip out on Austinites who stay in for weather - "You're not made of sugar!" And considering how well-acquainted the Dutch are with bikes and rain, I'm willing to take their word for it. I could use a longer rain jacket, though. You win this round, Mother Nature.
Posted by Unknown at 7:03 AM No comments:

Spring has sprung, and I couldn't be happier. Even here in usually-sunny central Texas, this winter was the worst I can remember in many, many years. It's seemed that the cold and ice and rain would never end and we'd all be forever trapped under layers of scarves and coats, dreaming of sunny days. But the world keeps on turnin' and the seasons cannot but turn with it.

Since the sun has emerged from behind the clouds, I have spent a ton of time on the bike. Recreational, utility, commuting, and joyriding - I'm doing it all. My favorite ride recently has been from up here in Winterfell (North Austin) all the way down to south of the river to hang out with friends, lounge in a hammock, and drink a slightly excessive number of beers before happily catching the bus home.

So, folks. I call you to take a bike ride somewhere lovely: 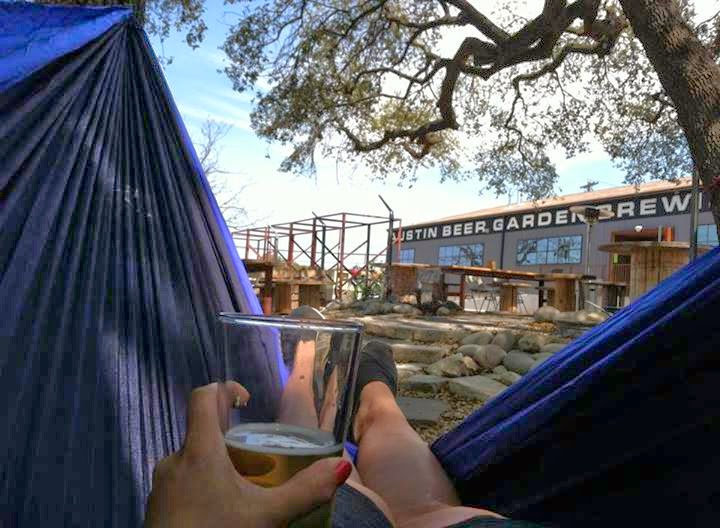 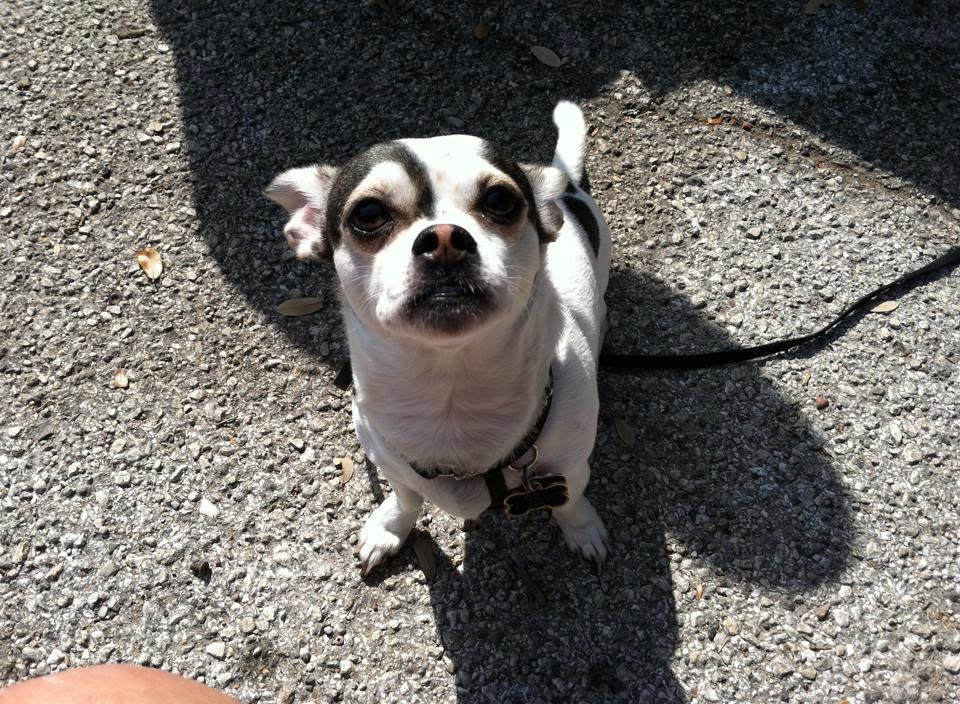 And maybe make some new memories (and take some terrible pictures) with some old friends while you're at it. 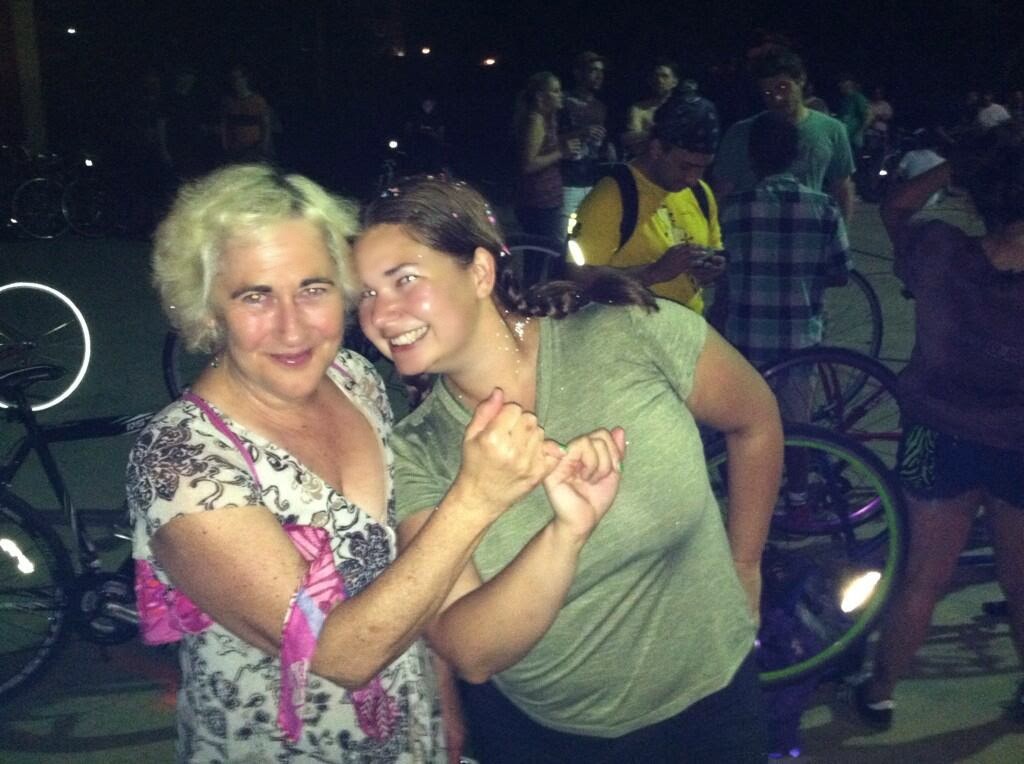 Posted by Unknown at 9:52 AM No comments:

I've explained before that my preferred bike lane is the "Separated" bike lane or "Cycle Track" as they're usually called here in the States. But I can hear it in your heads, "But Annie, what IS a separated cycle track and why are they a good thing?"

Well lucky for my poor skills of explanation, there are people on the internet who are marvelous at explaining these sorts of things for me! This video gives succinct, clear explanations of cycle tracks and the protected intersection, a lynchpin for making bikes and cars work together in a single space.

Protected Intersections For Bicyclists from Nick Falbo on Vimeo.
Posted by Unknown at 10:13 AM 2 comments: 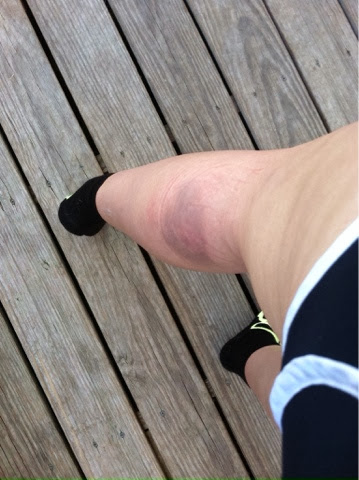 Bikey Links and Blogs I love